Americans are driving less, but more are dying in car accidents 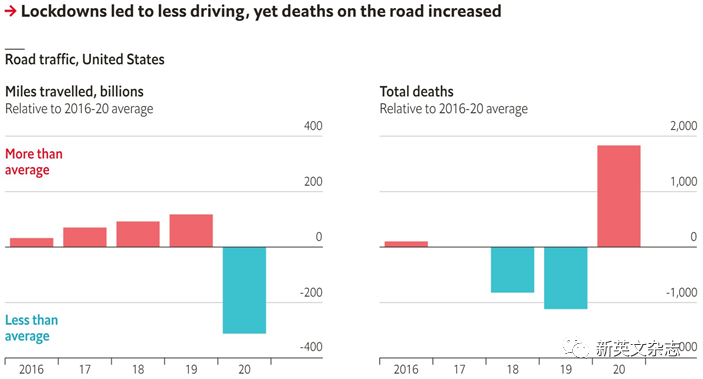 IN THEORY, ONE silver lining of the covid-19 pandemic should have been a decline in other types of death. As people spend more time at home, they drive less so are less likely to die in car accidents.

Data from the United States back up the first link in this chain: Americans drove 13% fewer miles in 2020 than in 2019. However, less driving has not led to fewer deaths. Official totals are not yet available, but a statistical model from the National Highway Traffic Safety Administration (NHTSA) finds that deaths in the nine months to September 2020 increased by 5% year-on-year. Similarly, the National Safety Council, a non-profit, reckons that fatalities on roads rose by 8% in 2020. This implies that fatalities per mile driven rose by 24%, the biggest increase since 1924.

Why are more people dying if fewer cars are on the road? Although nationwide data lack detail, California publishes granular numbers on crashes and deaths. Drivers in America’s most populous state have not become more accident-prone: collisions fell by 24%, more than miles driven (13%). 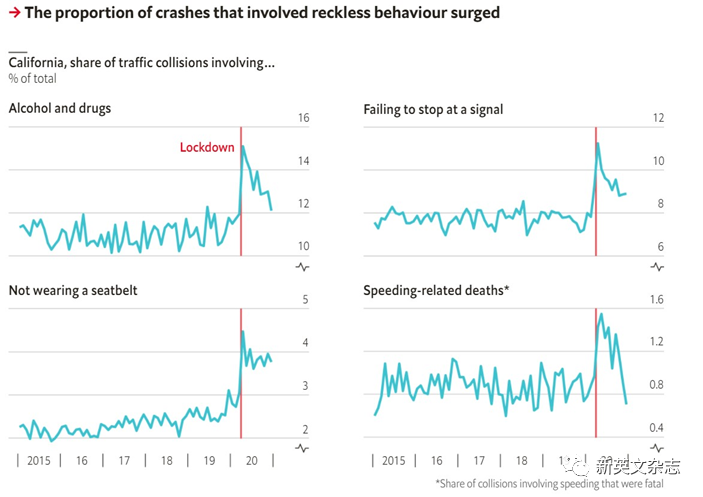 Instead, the crashes that did occur were unusually deadly, causing death 19% more often than in 2019. One factor is less use of seat belts: even as collisions declined overall, the absolute number where officers recorded unfastened seat belts rose by 5%. Another is an increase in the severity of crashes where reckless behaviour—such as alcohol or drug use, speeding or running red lights—was cited as a factor. Although the number of such collisions fell in line with the statewide average, the share that led to death rose by 23%, a greater increase than in other types of crashes.

The causes of a rise in risky driving are unclear, but responses to covid-19 probably contributed. Americans have been drinking more alcohol, and bingeing more often. Speeding is now more common: the number of tickets for going over 100 miles (161km) per hour doubled in California and Iowa, and the NHTSA reports that speeds in a number of cities rose by 22%. Reductions in congestion and in law enforcement may have emboldened lead-footed drivers. 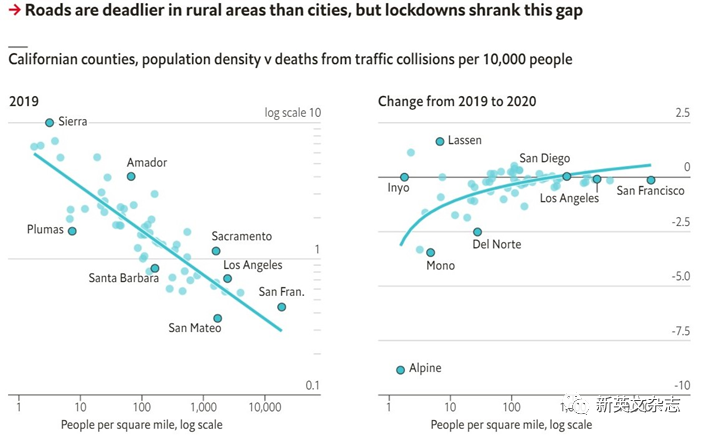 In California rural areas, where roads are less crowded, account for a disproportionately high share of traffic fatalities. However, the gap in death rates between these areas and cities shrank in 2020. This suggests that as urban roads emptied out, drivers started treating them more like rural ones, and stepped on the accelerator. ■

文章第二段第二句话“...finds that deaths in the nine months to September 2020 increased by 5% year-on-year. " 中的 year-on-year 是“逐年”的意思吗？
注意这里的 year-on-year 是表示“（数字、价格等）与上年同期相比的，同比的”，英文释义为 (of figures, prices, etc.) as compared with the corresponding ones from a year earlier。看一个例句：Overall capacity is expected to be flat year-on-year. 总体库存水平预计与去年同期持平。文中这里的大意是截至2020年9月的9个月里，死亡人数同比增长了5%。 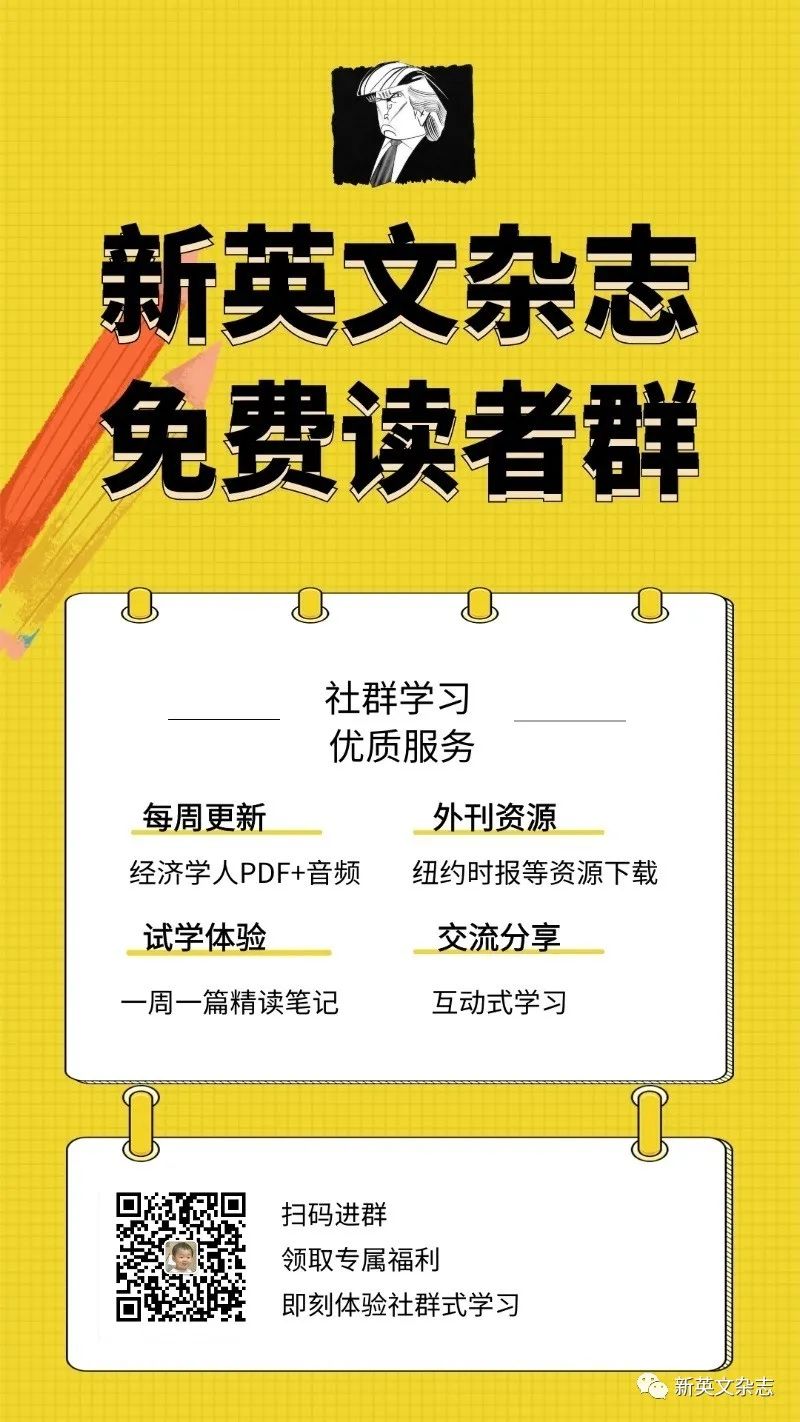