The Biggest Mistakes in Mapmaking History 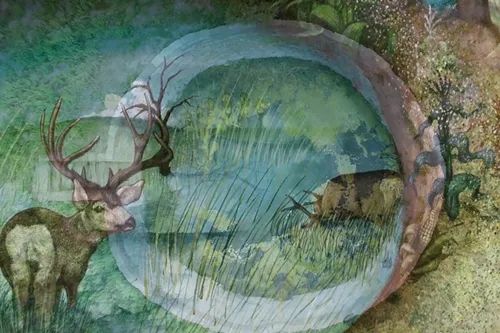 On a tiny copper globe created in the early 1500s, the coast of Southeast Asia is marked with a message that has since become iconic: Here be dragons.

Though the words themselves were actually quite rare, the sentiment was common among medieval European mapmakers, who often scrawled dragons and sea monsters over terra incognita – blank spots on the map.

For thousands of years, people all over the world had made both functional maps – showing trade routes, settlements, topography, water sources, the shapes of coastlines, or written directions – and what are known as cosmographies, illustrating the Earth and its position in the cosmos, often including constellations, gods, and mythic locations. From the Middle Ages through the mid-17th century, cartographers in Eurasia and North Africa produced a slew of new world maps with features from both these traditions. Often commissioned by rulers and other powerful people, these maps were meant to depict the world’s geography, but not necessarily to be useful for navigation. And given their maker’s incomplete knowledge of the world, they were really hypotheses – some of which have been glaringly disproven.

In medieval Europe, the new vogue began with what were known as mappae mundi. Many of these veered closer to cosmographies, featuring the Garden of Eden or mythical dragons. They all followed the same format, showing the world’s land as one mass divided roughly into the shape of a T and surrounded by a ring of ocean.

Islamic mapmakers also created world maps in this format, emphasizing geographic details over fantastical elements. One of the earliest and most accurate such maps was created by Ibn Hawqal, whose own travels informed his mapmaking.

In 1154, the King of Sicily commissioned Islamic mapmaker Al-Idrisi to create the “Tabula Rogeriana,” also known as “A Guide to Pleasant Journeys into Faraway Lands.” This book of maps included a world map based on Idrisi’s own travel and interviews with other traders and travelers. He correctly depicted the world as a flattened sphere, but thought Europe, Asia, and North Africa wrapped all the way around it. 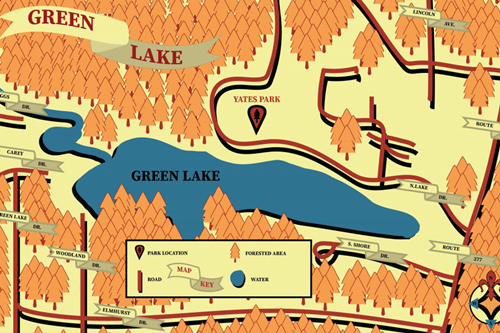 The “Da Ming Hunyi Tu” was created in China in 1389 on a piece of silk big enough to fill an entire room. Though the mapmakers had never been to Africa, they attempted to depict the continent based on the accounts of the traders who’d been there. Surprisingly, this gave them enough information to create a correctly-shaped portrayal of sub-Saharan Africa.

Beginning in the 15th century, European cartographers began to expand the scope of their world maps as their explorers traveled the world – but not without missteps. In 1507, the German cartographer Martin Waldseemuller mapped the Americas – as a thin sliver of land where the east coast would be. Spanish cartographers took a stab at the western side of the Americas based on accounts from an expedition to the Baja Peninsula. Unfortunately, the explorers’ impressions of the land led them astray: for over 100 years after, Spanish maps depicted the “Island of California” detached from the rest of the continent.

The Flemish cartographer Gerardus Mercator, best known for his world map, also created a map of the never-before-seen North Pole that was published in 1595. Mercator speculated that the North Pole prominently featured the “Rupes Nigra,” a giant magnetic rock surrounded by a whirlpool that explained why all compasses point north.

Even as Europeans built towards a complete picture of the Earth, they didn’t entirely let go of the idea of blank spots filled with mythic beasts. As late as 1657, English scholar Peter Heylin lumped Australia together with Utopia and Fairyland. But with the exception of the North Pole, these so-called terra incognita weren’t really unknown – at least not to the people who lived there. There weren’t really dragons anywhere on Earth, but there were people and cultures – many of them eradicated by those who put their lands on world maps.